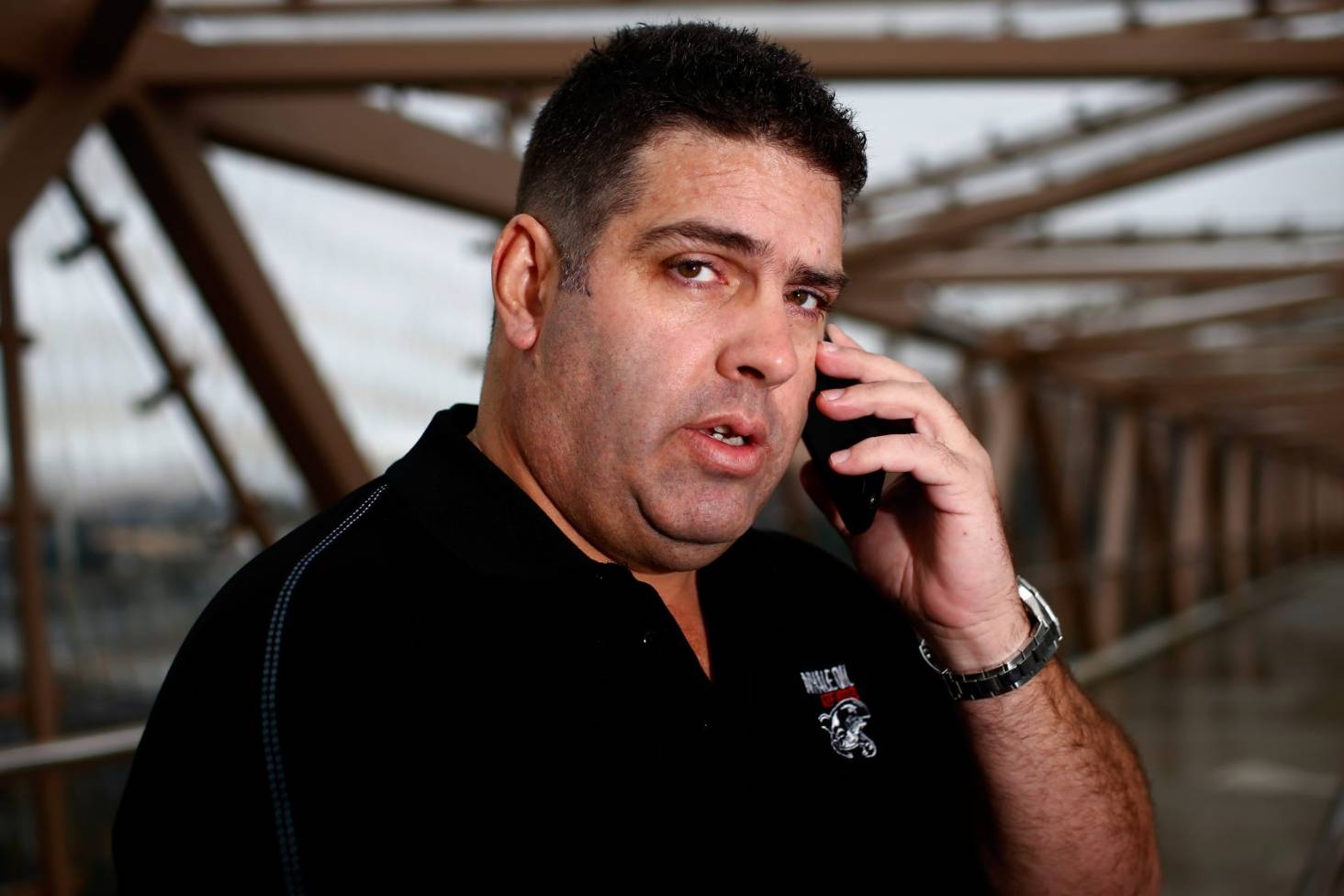 Many of our supporters would have heard that the New Zealand Police have been keeping a watchful eye on Cameron Slater. Revelations from Police’s response to an Official Information Act request have shown that the Police’s “Scanning and Targeting Team” produced a file on Mr Slater and his blog site the BFD, flagging them as “anti-government” and “racist”. The Team produced an allegedly error-ridden intelligence brief on Mr Slater, and supposedly floated the suggestion that the Police visit Mr Slater for questioning.

Mr Slater recently published an article on the BFD chastising the Free Speech Union for its supposed failure to come to his support or express outrage that the Police have decided that he is a public figure worth watching. In a rather partisan fashion, the BFD has decided to discontinue its support of the Free Speech Union in its publications. The Union is disappointed by this knee-jerk reaction, but we understand that some of our supporters are sympathetic to Mr Slater and deserve an explanation.

Simply put, the Council of the Free Speech Union concluded that the story is not one around free speech issues, rather civil liberties. Mr Slater has not had his freedom of expression infringed in any practical way. The Police’s internal report, even if riddled with errors, does not impede Mr Slater from writing a column, sending a tweet or standing on a soap box. Indeed, the internal correspondence uncovered in the OIA response shows that the report was (rightly) slammed by more sensible heads within the Police.

We can disagree on the interpretation of ‘anti-government’ sentiment, and debate whether denigrating Labour Party policies should be a high risk concern to New Zealand’s Police. Most of us would accept that the Police have a legitimate role of monitoring places online and off-line where extremists may congregate. Most of us think the Police showed very poor judgment in thinking Mr Slater's blog is one of those places. But these are not free speech issues. Had the Police sent officers to Mr Slater’s home for no reason other than to threaten him for his publications, we would have considered it a matter of concern and would almost certainly have jumped to the BFD's defence. But we will not take an anti-Police stance for the sake of those with whom we share a common enemy (the Woke).

Mr Slater would agree that New Zealand should be a country of laws, with a strong and capable police force which ensures the proper observation of those laws. Such a country requires an objective police force with no allegiance other than to the rule of law. To demand immunity from the Police’s proper function falls prey to the same absurdity as those crying for the Police’s defunding. We have seen the result of such policy put into practice in the United States. It is not a sentiment New Zealand should import.

The privilege of privacy Mr Slate claims against the Police is not one he would grant to preachers of radical or fundamentalist sects of Islam, woke anarcho-communists, union organisers who “detest scabs”, of even on those TradeMe selling secondhand jewellery. He, like many others, would welcome the Police’s watchful eye to ensure the protection of person and property. But policing is paradoxical in a free society, and one cannot expect an objective police force to persecute one’s political enemies while applying leniency to one’s friends.

The views among the Council differed. But a deciding factor was that there is really nothing to be done here. There is no cause of action (in a legal sense), and the Police appear to have realised immediately the error of their ways. If it's simply about publicity and justified criticism of the Police (which appears to be the main remedy for Mr Slater) the BFD has a far bigger megaphone than us! We understand the blog is one of the most well-read in New Zealand.

When the Free Speech Coalition changed the Free Speech Union, it became better equipped to challenge what we saw as one of the most pressing threats to free speech in New Zealand: woke employment policy. What did not change was our commitment to a bi-partisan approach when supporting free speech. We continued to believe that in order to preserve Kiwis’ rights, we could not make free speech a right-left issue. Many of our most ardent supporters are of the Left who have seen the insanity of woke censorship.

There have been calls for the Free Speech Union to take up a more aggressive role in the ‘culture war’. Many of these demands conflate freedom of expression with more partisan issues and expect our broad (and growing) coalition to take a side. These calls often abandon normal boundaries, explained away with “the ends justify the means”, by applying double standards for the Right and Left. This is not the Union’s function.

We have come to the aid of teachers, professors, local government workers and have spearheaded the most significant free speech legal case in modern New Zealand history. This is all thanks to the broad-church of supporters.

And, contrary to the claims made by Mr Slater in his blog post, the idea we do not defend conservatives and only willing to defend the 'woke' is ridiculous. The raison d'etre that brought us together was to defend the rights of New Zealanders to hear from two controversial Canadain speakers regularly smeared in the media as "far-right".

But our continued success will depend on a collective defense of free speech. This means rejecting calls to abandon persuasion for coercive action. It means supporting the Police who are tasked with surveillance and keeping the peace. But above all, it means not alienating our base by paying attention to the content of political speech and choosing a side in issues we are not unified on.

We are not crusaders against a surveillance state (although many of us have grave concerns about this as well as free speech), advocates for privacy law, nor are we crusaders for right wing causes. This Union's function is to promote and protect freedom of expression. And with the support of all New Zealand, we will prevail.

These cases are not clear cut - and to highlight that reasonable minds can differ on these matters, we are republishing (with permission) a recent blog piece by fellow free speech advocate Karl du Fresne.

New Zealand: where being "anti-government" results in police surveillance

Things are worse than we thought.

Blogger Cameron Slater recently learned from an OIA request that the blog he’s associated with, The BFD, was under police surveillance. An unnamed police intelligence analyst was concerned Slater would “continue to publish uncorroborated information to denigrate labour [sic] party policies and individuals linked to them”.

Yes, you read that correctly. There are people in the police hierarchy who apparently think that anyone who criticises the government should be watched. This was also the mentality of East Germany’s Stasi, South Africa’s BOSS (the Bureau of State Security) and Haitian dictator Papa Doc Duvalier’s murderous Tonton Macoute.

(Vladimir Ilyich Lenin didn’t care for dissenters either, as he made clear in a 1920 speech: “Why should a government which is doing what it believes to be right allow itself to be criticised? It would not allow opposition by lethal weapons. Ideas are much more fatal things than guns. Why should any man be allowed to buy a printing press and disseminate pernicious opinion calculated to embarrass the government?” Lenin subsequently set up the OGPU, which eventually morphed into the KGB, to ensure he wasn’t bothered by such irritations. Someone like Slater would have gone straight to the Gulag.)

The documents released to Slater also included a request from an unnamed officer, couched in military-style jargon, describing him as racist and “anti-government” and asking for a “rundown” on him. The documents note that Slater’s reporting on Siouxsie Wiles, whom he labelled a hypocrite for appearing to flout lockdown restrictions that she had urged the public to comply with, was “consistent with past behaviours” such as defamation, breaching name suppression and “publishing erroneous reports on political opponents” – all of which are matters for civil, not criminal law, and therefore not the business of the police.

Ominously, a police intelligence briefing disclosed concern that Slater “will continue to public voice opinions on topical matters which may add to conspiracy theorist engagement across social media”. And an unnamed senior sergeant wondered whether the cops should pay Slater a visit because he posted “possibility [sic] controversial racist comments” about the September terrorist incident at LynnMall.

It’s hard to take this alarmist nonsense seriously, but we must. The documents reveal there are people in the police who think it’s their function to protect us against the free exchange of ideas and opinion – a right guaranteed to New Zealanders under the Bill of Rights Act. To put it more bluntly, these commissars-in-waiting apparently regard democracy as dangerous.

So being anti-government is now seen as a potential threat to public safety? This is the type of state paranoia that ultimately leads to monitoring of phone calls and knocks on the door at midnight. Slater was right to describe it as sinister.

As recently as two years ago I wouldn’t have imagined this sort of thing happening in one of the world’s most open democracies, but it’s surprising how quickly freedoms can be eroded. It starts with the marginalisation of unapproved views (the mainstream media are complicit in this) and advances rapidly to the point where dissent is denounced, suppressed and even made illegal. All it takes is a passive and apathetic populace – oh, and politicians too timid and too unsure of their own values to make a stand for individual freedoms.

Couldn’t happen in a liberal democracy like New Zealand? Don’t be so sure. During the 1951 waterfront dispute a National government invoked extreme powers under the Public Safety Conservation Act. These gave the police power to censor all publications, broadcasts and even private letters; seize printing presses and typewriters; arrest people who provided food, money or other support to striking workers and their families; ban public meetings; arrest people without warrant; and enter and search properties without a court order.

All of these powers were exercised by the police on the pretext that it was for the public good – and what’s most disturbing is that a compliant public and press went along. Who can say that under an equally determined government of the left, supported by a similarly sympathetic media, police won’t again be empowered to interfere with basic democratic freedoms? The appetite appears to be there, at least among some officers with dangerously inflated (and deluded) ideas about their function.

What next, I wonder. Will we hear people like Slater described as “enemies of the state” or “enemies of the people” – phrases used by brutal totalitarian regimes of both the extreme right (Nazi Germany) and extreme left (the Soviet Union) to justify the incarceration of troublesome individuals on the pretext that it’s for the good of society?

In this case, thank God, the unnamed police busybodies were over-ruled by wiser and more grounded senior officers. But the realisation that this type of censorious zealotry exists within the police should strike a cold chill in the heart of anyone  who values open democracy – and all the more so when it remains possible that under so-called “hate speech” laws, the police will be given power to determine what we can and cannot say.

Disclosure: I haven’t met Cameron Slater, but I have written guest posts for The BFD and it has republished some posts from my blog by agreement. I have publicly disagreed with some of Slater’s tactics in the past. But freedom of speech is not a right that depends on the acceptability of the opinions expressed. Orwell (as so often) put it best: “If liberty means anything at all, it means the right to tell people what they do not want to hear.”