Thanks for standing with the Free Speech Union and our cause for free speech. Since our launch on Wednesday, hundreds of New Zealanders have joined our new union.

Our Spokesman, Dr David Cumin joined Peter Williams on Magic Talk on the launch of the new Free Speech Union and why it's needed. Click here to have a listen.

Remember that this effort is 100 percent powered by people like you. To join the Free Speech Union click here, or donate here.

On Monday the Free Speech Union wrote a public letter to online bookseller Mighty Ape asking its founder to reverse the decision to ban books on transgender issues. 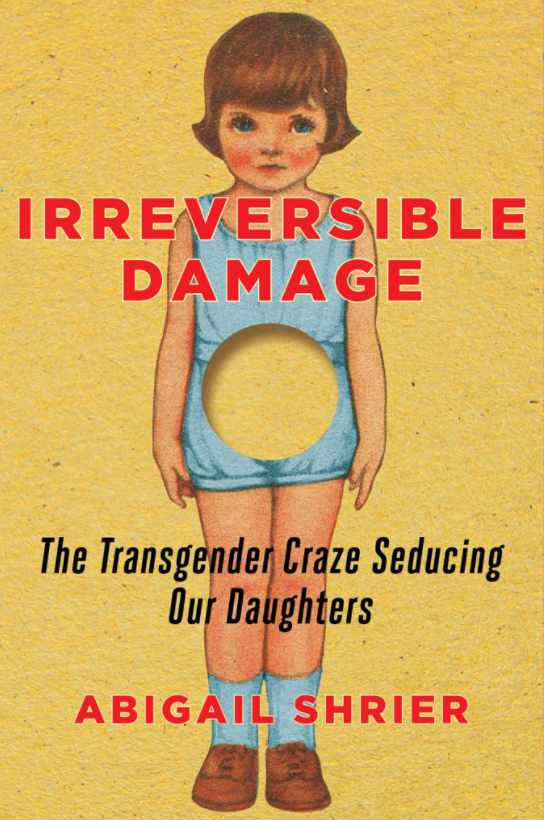 On Saturday Stuff reported on the new ban:

Transgender Kiwis have accused retailers Paper Plus and Mighty Ape of selling “transphobic” books, which describe being transgender as a mental illness.

The books in question are Irreversible Damage: The Transgender Craze Seducing our Daughters by Abigail Shrier and When Harry Became Sally: Responding to the Transgender Moment by Ryan T. Anderson.

Both books examine the notion of rapid-onset gender dysphoria (ROGD), a term coined by an American professor in 2016 to describe an alleged epidemic of youth coming out as trans due to social contagion and mental illness.

Cerian Rees was one of a number of people who sent emails to Paper Plus and Mighty Ape expressing concern over the books.

Rees said the books spread lies and misinformation about transgender people, and could be used to justify bigotry or harassment towards the community.

“One of the main lies pushed is the notion of ‘rapid onset dysphoria’, which is made up pseudoscience that anti-trans lobbies use to attack vulnerable youth.

“I would hate to be a trans kid who came across these books on a shelf, or even worse, my parents buying one and letting it guide them on how to treat me,” Rees said. […]

“This puts us at serious risk of worsening this stigma, discrimination, and violence. I haven’t read these books, but I can see with a title like ‘the transgender craze seducing our daughters’ that this sort of work is clearly designed to promote fear, hatred, and extremist anti-transgender views, at an already marginalised group,” Veale said.

“I’m also aware that there are publications similar to these that promote potentially harmful conspiracy theories about trans people being a product of the medical community.”

A spokesman for OutLine, a rainbow mental health organisation, said it was “disappointing” to see books like this advertised for sale. […]

Mighty Ape said books on its site were automatically imported from Nielsen’s BookData database, which compiled books that had been published publicly.

“While we do try to monitor this as much as we can, due to the sheer volume of books published each year, some material we would not typically be comfortable selling can slip through the cracks,” it said in a statement.

“I have notified our books product manager, and both books have now been removed from our website. I sincerely apologise for any hurt or disappointment this may have caused.”

At the time of publication, both books had been pulled from Mighty Ape.

Mighty Ape's decision shows contempt towards New Zealanders and our ability to arrive at informed opinions.

The point of non-fiction is to have an exchange of ideas that can extend our knowledge. The avenue for criticism should not be ignorant calls to ban but thought-provoking reviews and counterarguments. The right to examine ideas and critique them is the bedrock of an open, diverse, and tolerant society.

Allowing veto by threat over which books we may be permitted to read is not acceptable, and is what one expects of an authoritarian anti-democratic regime, not from a major bookseller.

As for the Waikato University lecturer quoted in support of the ban, she is literally judging a book by its cover. For an academic to claim a text ‘promotes fear and hatred of transgender people’ when she hasn’t even read the text, is pathetic.

The full text of our public letter is available on our website.

If our would-be censors can send emails of complaint, so can we!

If you agree that booksellers shouldn't give in to the online mob, feel free to also send a note to Mighty Ape's founder by email.

Should universities be scared of the N-word?

A University of Waikato professor has apologised after saying the n-word during a lecture, as part of a discussion about the reclamation of offensive terms.

According to the NZ Herald:

The University of Waikato professor was teaching a lecture on representation and reclaiming terms when she said the racial slur out loud.

The teacher says she believed some students might not know what word was being referred to unless it was uttered in full. She later apologised to two students who complained, as well as to the class.

One of the students, who spoke to the Herald, said while she believed the apology to be sincere she was shocked anyone felt comfortable uttering the n-word in 2021, regardless of context.

That student - who is Fijian - had been called the slur many times in her life, but had realised that despite her own skin colour she should not use the term "because I am not ancestrally linked to slavery in the Americas or the Caribbean".

"It did offend me that she thought it was okay to say it, especially her being a white woman." […]

The Fijian student and another student complained and the professor apologised to both individually. She also posted an apology to an online student forum.

"I am deeply sorry for any hurt this may have caused. I had not wanted to assume that everyone in the class understood the term and so attempted to provide context but in retrospect, I realise I did this very poorly.

"In trying to get the point across that it absolutely does matter 'who' uses 'reclaimed terms', I inadvertently deeply offended some. Again, please accept my most sincere apology."

But he acknowledged the context in which the incident took place – a university lecture room, where robust debate was encouraged.

Last year, Auckland's Lynfield College said it would censor racial slurs from teaching materials, after a student filmed a teacher using the n-word while reading a passage from a book.

The school told teachers they should no longer say a word that represented "condensed generations of pain".

This is getting ridiculous. We are sorry students might be offended, but no words should be off-limits for discussion at a university. Context is everything and there’s absolutely no sign of bad faith here. Academics should not be forced to apologise because students find a topic offensive. If so, our universities are doomed.

Credit where credit is due, even Race Relations Commissioner Meng Foon now acknowledges context is important. In this instance, he refused to criticise the academic. Good.

You’ll recall a few weeks ago we told you about the Harry Potter quiz being cancelled at a Wairarapa book festival, which was set to examine modern “cancel culture”, because of JK Rowling’s views on transgender issues. 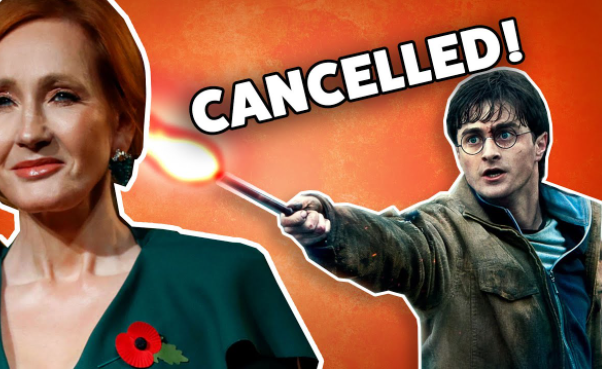 We told our friends at the UK Free Speech Union, who gave the story to the Times of London (subscription required).

A literary festival in New Zealand has cancelled plans for a Harry Potter-themed event because of JK Rowling’s comments on gender issues.

Peter Biggs, chairman of the Wairarapa book festival, reportedly decided to drop the annual children’s quiz after consultations with the LGBTQ community.

Seven Harry Potter novels and a multibillion-pound film franchise helped make Rowling, 55, the most famous author in the world, but she has faced stern criticism since expressing her views on whether men who identify as women are the same as biological females. […]

Toby Young, the founder of the Free Speech Union, which is due to open its first branch in New Zealand next week, said: “JK Rowling is one of Britain’s most influential and respectable contemporary writers.

“This is why the decision by the Wairarapa book festival to cancel a children’s Harry Potter quiz because of comments JK Rowling made during an important debate on women’s-only spaces is chilling.

“If the creator of our most successful export since James Bond can be declared persona non grata, anyone can.”

Speaking of the UK group, a couple of items from their last update caught our eye as being just as relevant to New Zealand:

Political speech should never be compelled

Freedom to speak your mind is essential in a democracy, but free speech also means “the right not to be legally forced to engage in political speech”, argues Spencer Case in Arc Digital. In universities, corporations and organisations of all types, people now feel compelled to sign petitions they don’t agree with, and, in some cases, sign loyalty oaths that are far more draconian than the ones people were forced to sign during the McCarthy era.

The roots of cancel culture

Historian Tom Holland argues that Christian ideals remain at the heart of modern culture war battles, while journalist Malcolm Gladwell says a failure to understand and offer forgiveness is at the heart of modern cancel culture: “Cancel culture is what happens when you have a generation of people who are not raised with a Christian ethic of forgiveness.” Christopher Schelin compares the phenomenon to “old-fashioned church discipline”. It’s certainly not new, writes Raymond Keene in the Article, comparing modern woke witch-hunts to purges carried out by the Romans and ancient Chinese.

Wherever it comes from, cancel culture sucks, says Suzanne Harrington in the Irish Examiner. Musician Glenn Danzig warns that it will stop another “punk explosion”. He told NME, “There won’t be any new bands coming out like that. Now, they will immediately get cancelled.”

Finally in this update, last week we submitted on the Contraception, Sterilisation and Abortion (Safe Areas) Amendment Bill. If passed, the Bill would create a 150-metre perimeter outside healthcare services, in which no one could intimidate, interfere with or obstruct a person entering the clinic. You can read the transcript of the presentation I gave to the select committee here.

Thank you for your support.