It took about one year but we got our two days in court. The judge heard our case against Auckland Council and they put up their best defence, as they should. Now we wait for a decision, expected by the end of the year.

The arguments were submitted in writing before they were presented to the judge in person, but they were able to be challenged and refined through questions from His Honour. While it was difficult to hear the words of my affidavit selectively used and abused by lawyers for Auckland Council, I understand their job is to give their client the best defence. And that they did, just as our lawyers presented our case in a convincing manner.

There is little doubt in my mind that we have the stronger position. But I’m not the judge.

What I hadn’t appreciated well enough before sitting in the back of the packed room, despite reading the submissions from both sides, was the importance of the decision that needs to be made about whether Regional Facilities Auckland (RFA) - the Council Controlled Organisation that controls the large venues in Auckland - is a purely commercial operation.

The reason this is such an important point is that the NZ Bill of Rights is only applicable to branches of government or acts in the performance of a public function. 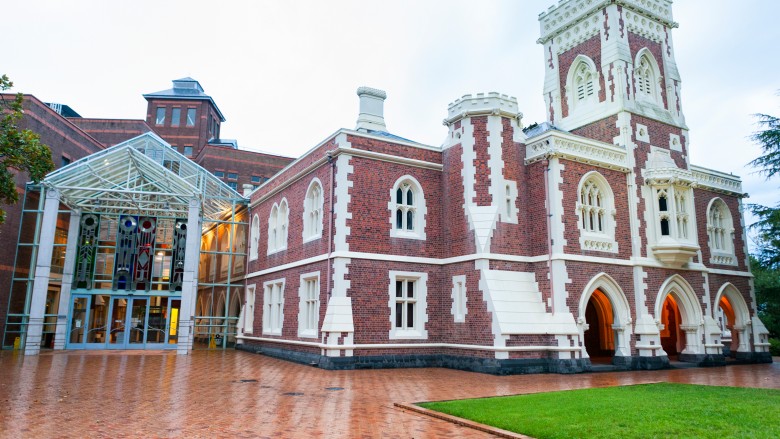 I would not have been interested enough to put my name to the case if this was a purely commercial dispute. While it would disappointing for a private business to prevent a speaking event on the basis of activist pressure; it is unacceptable (and illegal) for a government body to trade away our fundamental freedoms in the face of vague threats. Especially when, as we heard in court, the evidence is that there was no consultation with the Police and not even a bona fide discussion with security experts advising the promoters.

The Council lawyers put forward arguments trying to distance RFA from the council and, in doing so, highlighted the sad reality that this court case was brought urgently on the basis of a lie told by the Mayor of Auckland.

Mr Goff had publicly and explicitly stated that he was responsible for cancelling the talk, apparently thinking this was some sort of moral imperative and suggesting that anyone else with views he disagrees with strongly will be barred from public facilities if he so chooses.

Thankfully, I suppose, the Mayor was lying.

However, even without a direct edict from the Mayor’s office - from where RFA staff were told that Mr Goff had “itchy Twitter fingers” in the lead-up to the decision - it is somewhat absurd to even suggest that a Council Controlled Organisation that Auckland ratepayers subsidise more than $24 million annually and which was established by council for the purposes of serving the public is completely private.

Though, the law is strict and not always reflective of what us common people might think. If, for some technical reason, the judge determines that RFA has no public function and this was a purely commercial decision, then the case will go no further. It will only pose more questions - like why are ratepayers bankrolling the facilities, why was the Mayor’s office emailing a private company engaging in a private transaction, and does this mean all other Council Controlled Organisations (like Watercare, Auckland Transport, etc) are also exempt from adhering to our Bill of Rights.

It would seem to my lay mind that RFA is clearly acting in a public function and there happens to also be a commercial element to their decision-making. After all, it would be irresponsible for such expensive assets to not consider commercial realities entirely. Should the judge agree that RFA is serving the public, the next question becomes how much care was taken by RFA staff to ensure the rights and freedoms enshrined in our Bill of Rights were considered in the decision to cancel the event - particularly freedom of thought, expression, and peaceful assembly.

This also seems manifestly straightforward to me. It seems clear that a “thugs veto” was upheld in this case and that is a precedent that we must not allow to stand.

Nevertheless, Council lawyers tried to convince the judge that consultation with the NZ Police wasn’t necessary even though RFA did send them an email (after the decision to cancel was made) and there was evidence presented about particularities that make the Bruce Mason Centre unsafe in the face of any sort of protest. The latter admission is quite extraordinary and, if we cannot truly protect a venue from protesters, raises uncomfortable questions about the appropriateness of ratepayer-funded venues and the power of those who would want to disrupt an event.

While I don’t begrudge Auckland Council’s counsel putting forward their case as best they could, the real travesty of the proceedings as far as I am concerned was the “intervention” of the Human Rights Commission.

The first function of the Human Rights Commission, according to the legislation is was created under, is to advocate and promote for human rights in NZ society. However, their submission to this court case did the opposite. The HRC lawyers suggested that freedom to form an opinion is only applicable in private – that freedom of thought does not extend to being allowed to adopt thoughts or beliefs at a public event. They also tried to argue that the “heckler’s veto” should be allowable under our laws and generally seemed to support the decision to ban the speakers on the basis that their speech was “hateful and dangerous” and they made a comparison between the proposed event at an RFA facility and activities in a gang headquarters.

Whatever the judge decides, a precedent will be set that speaks one way or another to the importance of free expression in our country (or the public nature of organisations that we heavily subsidise). But the Human Rights Commission has once again shown that they are more than happy to caveat those freedoms, regardless.

The 2017 submission of the HRC to the United Nations, in which they urged the UN to pressure the New Zealand government to introduce laws against “disharmonious speech” is another clear example of the agenda that the HRC is pursuing.

I’d like to think that their wish for “hate speech” laws is based on good intention. Unfortunately, the intention doesn’t matter when the laws are in place and so easily abused by those in power or those who wish to exercise a “thug’s veto”. We have seen this overseas, for example, in countries like the UK where “hate speech” laws have done nothing to decrease racism or discrimination but are responsible for good people being taken to jail by Police.

The RFA case was brought under urgency. When it was clear the Mayor was lying to us all, the urgency subsided and, after a year of waiting, we now only have a few more months until we hear the decision. While the wheels of our justice system have been turning, we have seen similar incidents occur - at Massey University, for example - and this underscores the importance of our case.

It is unfortunate but events like those at Massey University, the threatened arrest of a street preacher, and the continuing agenda driven by the HRC show that, whatever the decision is in this case, there will still be work to do to ensure we all actually have the freedoms outlined in our legislation and they aren’t undermined or eroded. That’s why the Free Speech Coalition was formed and continues. And it has been able to do the good work because of your generous support. I hope we will not be needed in the future but am committed to fighting until that dream becomes a reality.