The Government's Counter-Terrorism Acts Bill redefines the term 'terrorist' in a dangerous and easily abused way. Do we want to water down such a significant term?

Terrorist charges should be for those who commit violence, not those who simply possess material that has NOTHING to do with terrorism. 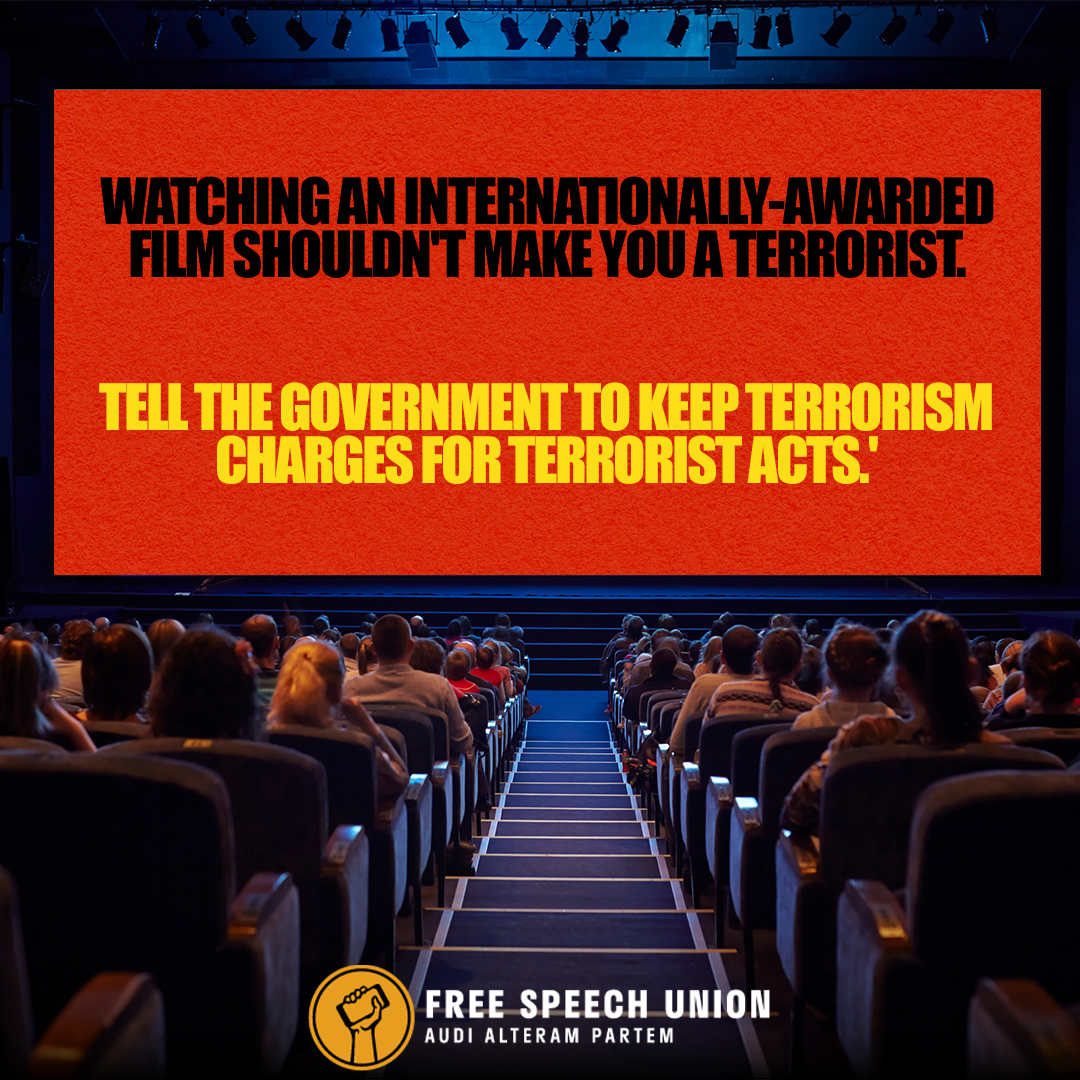 Call on Parliament to drop Clause 15 from the Counter-Terrorism Acts Bill, and keep terrorism charges for terrorist acts, not simply for material we don't like.