In the end, the alternative to free speech is violence. Is this what we want?

We're told that democracy dies in darkness. Perhaps it would be more fitting to say democracy dies in silence. And it is a violent death that comes by the hands of those who would try to control your speech and beliefs.

The attack on Salman Rushdie over the weekend is a horrifying wake-up call to something we must never forget: no matter how much our would-be-censors deny it, free speech is the safest, most peaceful, and most inclusive way for us to live together.

Rushdie was attacked Saturday by an assailant with a knife while speaking in upstate New York and remains in a serious, but stable condition. He had spent decades in hiding after publishing 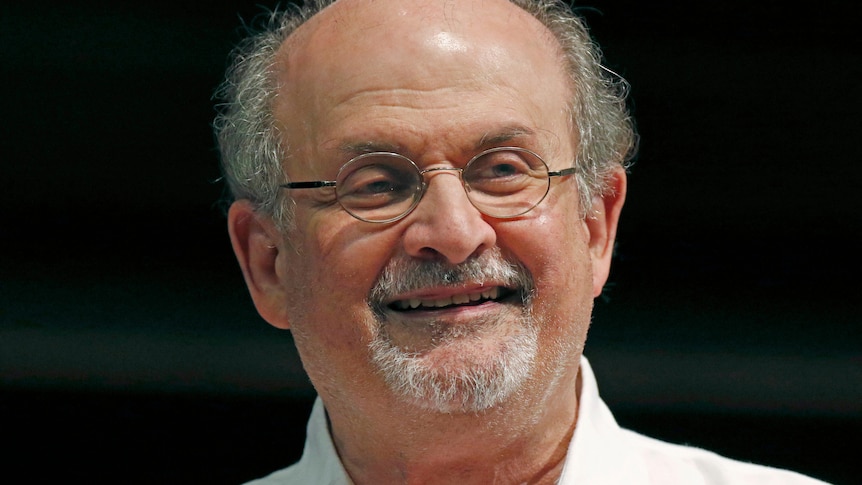 ‘The Satanic Verses’ in 1989, a novel that saw Ayatollah Khomeini, the Supreme Leader of Iran, put a bounty on the author’s head for insulting the Muslim prophet. The book's Japanese translator was murdered and Rushdie has known a day like this could come.

Rushdie and ‘The Satanic Verses’ were an early signal that the liberal West could no longer be relied upon to uphold progressive values such as freedom of speech. Incredibly at the time, even some authors suggested Rushdie at least partially brought the dire situation on himself.

The attack isn’t the result of Rushdie’s free speech. The blame for the fear Rushdie lived under for decades, and this attack, must be placed on those who seek to use violence to control others. They alone are responsible for their actions.

The most intolerant in our societies do not have a special right to silence those they disagree with. 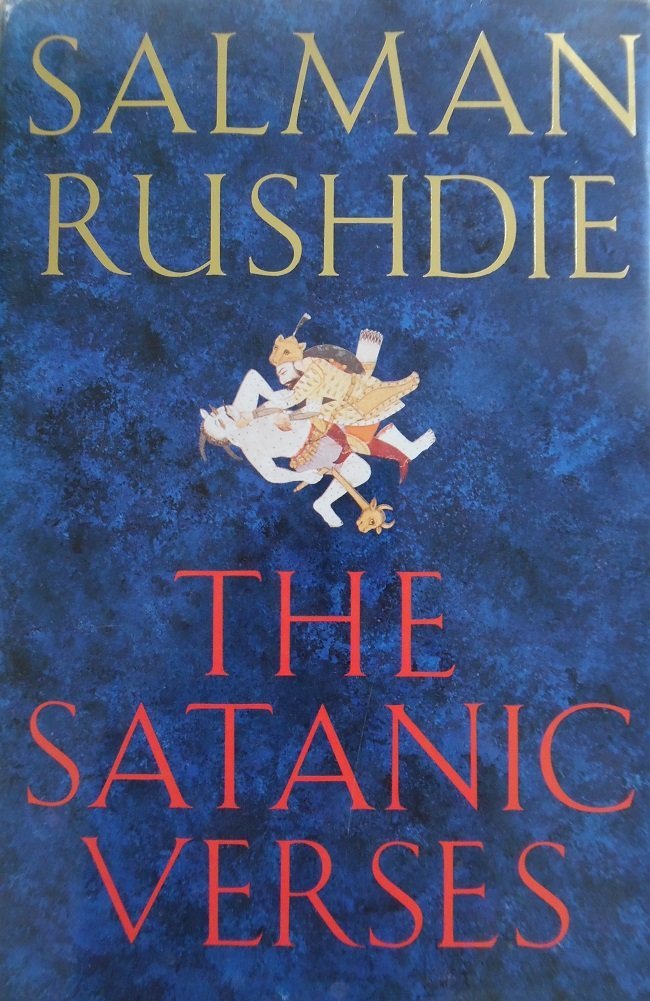 Those who wanted Rushdie and other authors to self-edit are kowtowing to absolute thugs. Whenever authors, no matter who they are, are threatened with violence over the words they write and art they create, there should be one response and one response only: solidarity with the author.

Yes, words can harm. They harm the ideas we cling to, the concepts we hold sacred, the ideas we consider unassailable. Words must be able to 'harm', or our society will become static. But this harm is not the same as violence, and the campaign to link the two, in order to justify speech restrictions, is false, cynical, and anti-democratic to its core.

"Non-violence and truth are inseparable and presuppose one another.” — Mahatma Gandhi

Violence in the name of ideology is the polar opposite of free speech. It is the ultimate attempt to silence those who do not share your worldview.

Freedom of speech — the fundamental human right to peacefully express one’s opinion — is an inherently non-violent principle. This is why we seek to protect it. 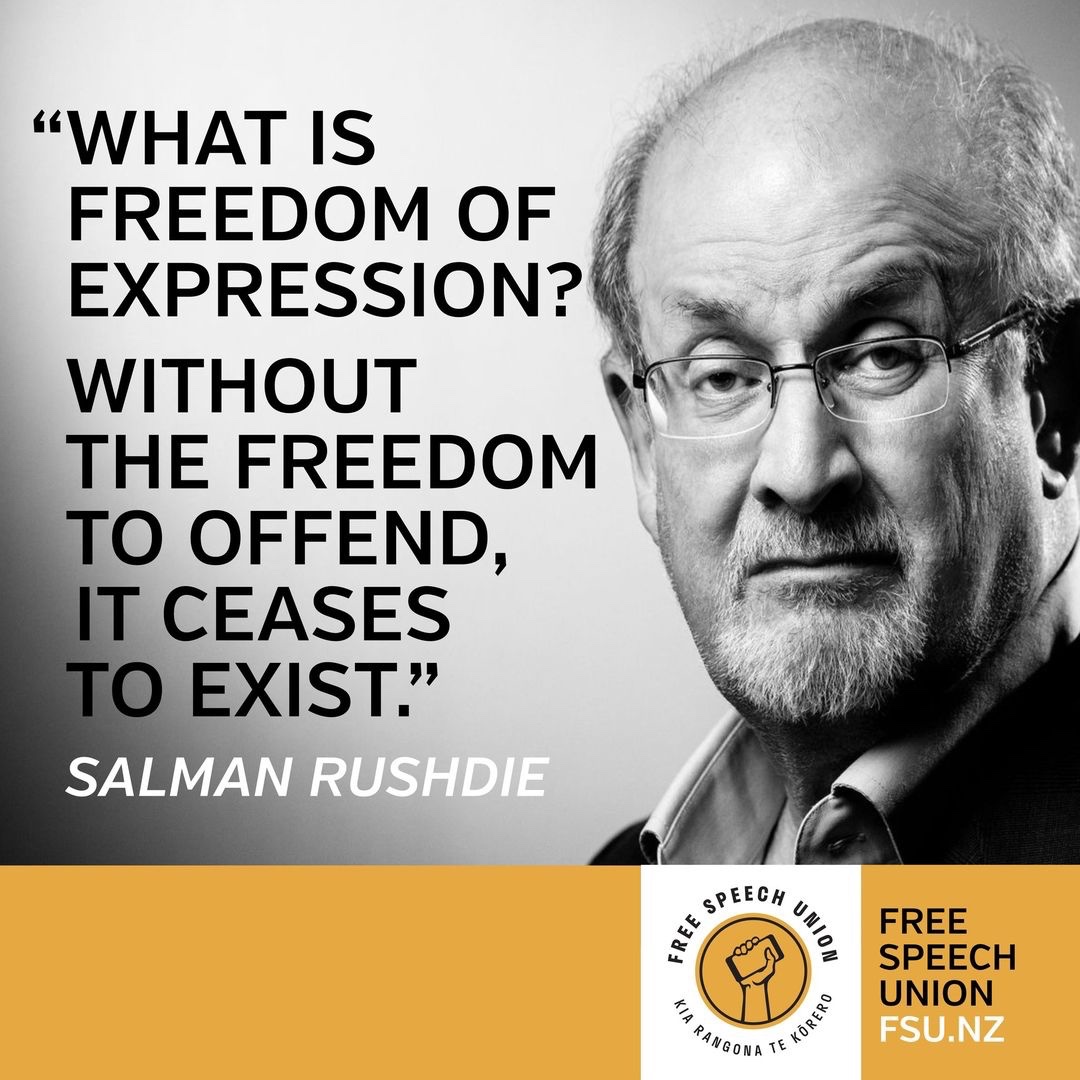 I want to finish with something I read over the weekend in The Atlantic that resonates with me as a writer (you can read the whole article here):

Writers represent the part of our culture that engages with humanity through ideas, whose passion is expressed through sentences and paragraphs and pages. It’s a realm we should not just preserve but defend. May it never be eroded by the brute force of an arm wielding a knife. We should all hope that Rushdie survives. And not just because a writer should never have to give his life for what he has written. But because we need him to keep reminding us of the worst of what can happen—the violence that can happen—to someone who has used nothing more than his words.

We do the work we do, and Rushdie spoke out in the way he did, not because we believe all speech is helpful or that it is never harmful. This is clearly untrue. It is because history is crystal clear. The alternatives, whether they be well-intentioned legislation, regulatory overreach into our lives (either by the Government or Civil Society), or self-censorship, are far worse.

If we refuse to learn from history, to learn from attacks like this on Rushdie, and insist on trying to control each other's speech and beliefs, our would-be-censors condemned us to a future that is less free and more violent.

As Kenan Malik wrote in his Guardian column, 'We can only hope for Salman Rushdie’s recovery from his terrible attack. What we can insist on, however, is continuing to “say the unsayable”, to question the boundaries imposed by both racists and religious bigots. Anything less would be a betrayal'.

That's why we do the work we do. Thank you for standing with us in this fight.