Journalists have an interest in free speech

John Drinnan says "There is a tendency to accept that people with unorthodox views in the current milieu must be policed and punished. It goes against the notion of objectivity and balance that some of us still expect from media."

News media and journalists have a vital interest in maintaining freedom of speech. Yet we cannot rely on them to challenge the current push for expanding current hate speech laws.

Some media and journalists are sleepwalking into more censorship.

This goes beyond the “What Me Worry” approach to the government review and the attempt to expand the laws surrounding hate speech. There is a tendency to accept that people with unorthodox views in the current milieu must be policed and punished. It goes against the notion of objectivity and balance that some of us still expect from media 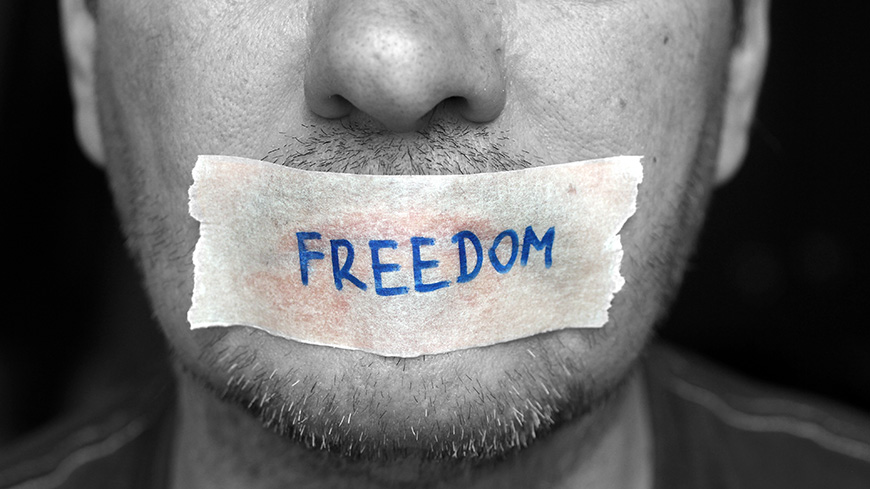 After the Christchurch massacre, Justice Minister Andrew Little brought forward his review of the Human Rights Act. Activists and the Human Rights Commission have long argued the Act should ban criticism of groups and not just individuals.

My problem is not with the debate about hate speech – but the ‘one-sidedness’ and the lack of interest in fighting for freedom of speech. Many journalists depict goodies and baddies in politics, religion and ideology. Most media companies go along with that. I see few moves to regulate bias and ensure balance or fight for freedom of speech.

The outrage over Israel Folau is a case in point. Some journalists were outraged by the notion of a Rugby player with a deeply conservative view of Christianity warning that under scriptures, homosexuals were bound for hell. Ironically, similar views to Folau are common in the Muslim community, but these are beyond reproach in the current mood.

Folau’s commercial obligations to Australian Rugby and sponsors is relevant, but many journalists love talking morality, and presenting the (partisan) argument that he should not be able to say things that offend.

Likewise, Act leader David Seymour saying that Green MP Golriz Gharahaman comments made her a menace to freedom of speech. Green Party and other activist supporters of controlled speech are entitled to take the view that this is inappropriate. But in the past news media would’ve inserted some centrist logic, pointing out that politicians are, in fact, allowed to criticise one another. The Media, instead, promote the outrage on both ends of the debate, totting up the online clicks. I am arguing for some context that freedom of speech is a foundation of our politics. This idea seems to be beyond news media in the current zeitgeist.

At a personal level, I hope that media companies can challenge the mood and actively promote freedom of speech. Some journalists I have spoken to - such as Radio New Zealand media commentator Colin Peacock – say that the proposed changes under the review have not been decided. There is nothing for media to challenge yet. But the argument for controlled speech is established and circulating. It is dangerous for media to wait until it is a fait accompli.

Justice Minister Andrew Little has claimed he is profoundly in favour of free speech. But there is an authoritarian streak in this Government. National has not yet expressed an opinion. Ironically, New Zealand First may be the only political party prepared to protect this liberal value. Media companies have a few opinionated ‘outsider’ journalists who have fought the good fight. Magic FM's Sean Plunket and Dominion Post columnist Karl Du Fresne – have provided smart prescient opinions. So too have left-wing commentators Chris Trotter and Martyn Bradbury. But I struggle to think of any high profile journalist under 40 years who is concerned by the push for more controls of speech. Do New Zealanders care? Not if the debate is restricted to only academics and politicians. Maybe more people would be animated if the Media connected the topic of free speech to our core values.

The government, human rights lawyers and activists are trying to tell New Zealanders what you can and cannot say when debating ideas. There is an argument to have around human rights. But it works both ways – for the assigned victims, and for those that want to keep talking. And the media has an obligation to present that.