Free Speech under attack? Talk to your Union.

Free speech under attack? Talk to your Union.

Freedom of speech is a fundamental right in a liberal democracy – as important, even, as the right to vote, since people’s ability to cast an informed vote depends on them first being able to participate in free and open debate about political issues and ideas.

Accordingly, the Bill of Rights Act states that every New Zealander has the right to freedom of expression, “including the freedom to seek, receive and impart information and opinions of any kind in any form”. Even before the Bill of Rights Act made it explicit, free speech was a right that New Zealanders took for granted. They exercised it (and still do) every day in letters to the editor and on radio talkback shows.

Yet a perception has grown in recent years that New Zealanders’ right to speak freely and to hear all shades of political opinion, short of those that incite violence and hatred, is under sustained attack. Concern at the fragility of free speech rights led to the formation this year of the Free Speech Union, which has drawn support from across the political and ideological spectrum. The Free Speech Union’s supporters, for example, include veteran leftists Matt McCarten and Chris Trotter. 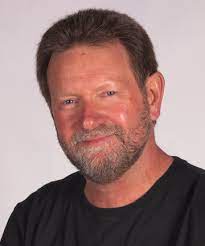 One celebrated case involved the Canadian “alt-right” (so-called) speakers Lauren Southern and Stefan Molyneux, who were barred from speaking at a council-owned Auckland venue in 2018. The excuse used for denying them a platform was that the event might be disrupted by protesters.

Activists quickly got the message that they could force the cancellation of speeches by people they didn’t like simply by threatening protest action – a tactic sometimes referred as the heckler’s veto.

This controversy is still being played out in the courts, where the crowd-funded Free Speech Union has gone all the way to the Supreme Court in a test case aimed at preventing public authorities from using the fear of disruption as an excuse to “de-platform” speakers.

In the meantime, other developments have reinforced the perception that freedom of expression in New Zealand is imperilled. The feminist group Speak Up For Women (SUFW), which advances the unremarkable view that only people born female can call themselves women, has been barred from holding meetings in public premises and had a prominent advertising billboard taken down in central Wellington.

SUFW’s struggle to get its message across in the face of determined opposition from trans-gender activists illustrates that the defence of free speech cuts across the usual ideological and political lines. People who identify with the radical left have found themselves on the same side as conservatives and libertarians.

In the latest outbreak of the speech wars, the action has shifted to a new and worrying arena. Seven respected university academics found themselves effectively blacklisted in July after they wrote a letter to The Listener challenging the notion that matauranga Maori – which can be defined as the traditional body of Maori knowledge – should be accorded the same status as science, as proposed by an NCEA working group preparing a new school curriculum.

In an unprecedented pile-on, more than 2000 fellow academics, urged on by professors Shaun Hendy and Siouxsie Wiles, signed a letter denouncing the Listener Seven and implying they condoned “scientific racism”. The response went well beyond legitimate disagreement. The sheer weight and vehemence of the denunciation sent an unmistakeable message to the academic community: express dissent at your peril.

More alarmingly still, two of the Listener Seven are now being investigated by the Royal Society – an organisation dedicated, ironically, to the advancement of science – and may be expelled.

What started as an academic debate has thus taken on the character of a heresy trial. Even more ironically, one of the professors under investigation, Garth Cooper, is a Maori who has earned international respect for his achievements in Maori health.

Once again, the Free Speech Union has stepped up by creating an academic freedom fund to help defend the two accused. If the complaint against them is upheld, union spokesman Dr David Cumin says, academics will inevitably feel less safe expressing honestly held views on contentious issues.

The bottom line here is that science and academia need people who challenge accepted wisdom, otherwise we would be stuck forever in the status quo. But in New Zealand in 2021, the price for deviating from approved orthodoxy is punishment and ostracism.

Karl du Fresne is a freelance journalist and former newspaper editor. He is the author of The Right to Know: News Media Freedom in New Zealand, and is a member of the Free Speech Union.