As international criticism mounts, Auckland University’s Vice-Chancellor pledges a symposium next year to debate the role of Māori knowledge in science education. Graham Adams suggests a public apology to the seven professors would show it was more than a PR stunt.

Reading the statement last week by Dawn Freshwater announcing a symposium to be held next year to debate the relationship between mātauranga Māori and science, it was impossible not to feel at least a little sceptical about her new-found enthusiasm for free speech.

After all, in late July the Vice-Chancellor of Auckland University effectively hung seven professors from her own university out to dry soon after their letter “In Defence of Science” was published in the Listener.

The professors’ 300-word letter was written in response to plans to include mātauranga Māori in the school science curriculum and to give it equal standing with “Western/ Pakeha epistemologies” — which means subjects such as physics, biology and chemistry.

The professors acknowledged the value of indigenous knowledge as “critical for the preservation and perpetuation of culture and local practices” and that it “plays key roles in management and policy”. But, while it “may indeed help advance scientific knowledge in some ways”, they concluded, “it is not science”. 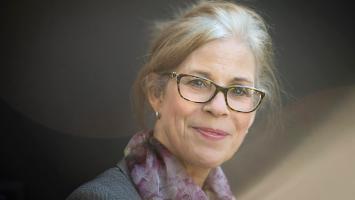 Freshwater’s immediate reaction was to disown the letter writers. Her brief statement began:

“A letter in this week’s issue of The Listener magazine from seven of our academic staff on the subject of whether mātauranga Māori can be called science has caused considerable hurt and dismay among our staff, students and alumni.

“While the academics are free to express their views, I want to make it clear that they do not represent the views of the University of Auckland.”

Some were surprised the university actually has official “views” but apparently — in Freshwater’s eyes at least — it does.

In the wake of the firestorm sparked by the professors’ letter, Freshwater had another go at articulating her position in a longer statement on August 10. It appeared in part to be an attempt to remedy the evident shortcomings of her email on July 26. This time, the possibility of hurting other people’s feelings or dismaying them was ruled out as a reason for her academic staff to bite their tongues:

“The freedom to express ideas is constrained neither by their perceived capacity to elicit discomfort, nor by presuppositions concerning their veracity.”

Nevertheless, the idea that the university may deem some views acceptable and others unacceptable was repeated, although its chilling effect on freedom of expression was downplayed:

“Our seven academics were entirely free to express their views, however the University was also free to disagree with those views. That does not mean the University is censoring or trying to silence our academics, it is merely making clear that such views are not representative of the myriad views within the institution; and that the University may at times disagree with the views expressed by its academics. That is healthy in a university.”

It was hardly a convincing statement of academics’ rights to air their opinions. In what way, for instance, does your employer reserving the right to point out publicly that it does not approve of your views not function as an act of censorship or an attempt to silence?

And how could any particular group’s views ever be “representative of the myriad views within the institution”?

For that matter, in what universe is it “healthy” for a university to “disagree with the views expressed by its academics”? In fact, some would see it as a symptom of serious underlying illness.

In last week’s statement promising a symposium, Freshwater appeared to have given up on wrestling with the complex problem of what academic freedom and freedom of expression might mean in practice. She simply declared repeatedly that the university is in favour of it.

The question of the university approving some views and not others had disappeared and the whole debate was thrown over to the panel for discussion next year.

It is not impossible that in the past five months Freshwater has had a Road to Damascus experience about the value of free speech and academic freedom. But it is also evident that things have recently become a lot more uncomfortable for Auckland University and for the Royal Society Te Apārangi, our premier academy for the sciences and humanities, over their apparent hostility to views they find unacceptable.

In November, news broke that Robert Nola, Garth Cooper and Michael Corballis — the three Fellows among the seven professors who had signed the Listener letter — were to be put under disciplinary investigation by the society for their role in writing it. (Corballis has since died.)

New Zealand’s mainstream media has almost entirely avoided covering the debate but the society’s disciplinary action — and its earlier statement rejecting the professors’ views as “misguided” with the potential to cause “harm” — has sparked international outrage and condemnation from heavyweight public intellectuals.

Influential journalists have joined the fray too. Toby Young, writing for The Spectator, described Freshwater’s July 26 statement as a “hand-wringing, cry-bullying email to all staff at the university” — a characterisation repeated in the Daily Mail.

Columnist Rod Liddle weighed in on the issue in the Sunday Times in an article headed “We’re Screeching into a New Dark Age” (and included Freshwater’s comment about “considerable hurt and dismay”), and Times Higher Education — the international bible for academics — has covered the debate in detail.

Given the fame of Dawkins, Pinker and Coyne — and the extensive reach of the media outlets mentioned — it’s easy to imagine the question of Auckland University’s international standing beginning to prey on a VC’s mind.

Perhaps that is why Freshwater felt compelled in her statement last week to remind us that her university is “a world-class, research-led university” — just in case anyone mistook it for a parochial institution struggling to understand the difference between science, myth and creationism.

Certainly, being blasted by Jerry Coyne — professor emeritus in the Department of Ecology and Evolution at the highly ranked University of Chicago — would have helped focus her mind about the damage to Auckland University’s international reputation.

A fortnight ago, the best-selling science author wrote on his blog: “It’s not clear whether the Vice-Chancellor has any authority to declare what the ‘views of the University of Auckland’ are, nor whether there are any official views.

“It’s clear she is demonising the professors at the same time she says well, they have the right of free speech — but note that the University can officially criticise them and the Royal Society can punish them!

“As for the Vice-Chancellor emphasising the ‘considerable hurt and dismay’ at the university, I consider that a ludicrous form appeal to emotion rather than reason.”

Coyne’s comments have been noticed at Auckland University. He reported that Todd Somerville, its Associate Director Communications, had sent him a “letter of complaint” about his original post, in which Somerville defended Freshwater ”at great length”.

Announcing a symposium at some as-yet-unspecified time in the first quarter of 2022 will undoubtedly seem to the VC to be a very effective circuit-breaker that will provide a breather for her and her beleaguered university.

Freshwater will no doubt also be hoping that by then the fates of Professors Cooper and Nola at the hands of the Royal Society NZ will be known — preferably, perhaps, concluding with a discharge on the grounds that a letter is not research and therefore isn’t covered by the society’s Code of Conduct — and that much of the heat in the debate will have dissipated over summer.

Such optimism is evident in her promise of a symposium “in which the different viewpoints on this issue can be discussed and debated calmly, constructively and respectfully”.

“I envisage a high-quality intellectual discourse with representation from all viewpoints: mātauranga Māori, science, the humanities, Pacific knowledge systems and others.”

It certainly sounds noble, but who exactly in New Zealand will want to put their head above the parapets to argue that matauranga Maori is not scientific, and should not be part of a science curriculum, as the seven professors did in July?

Perhaps some of the professors who signed the Listener letter will be willing to risk further public vilification and adverse consequences for their careers and reputations by arguing their case at a symposium. But why would they?

As well as the disciplinary action taken by the Royal Society against Corballis, Nola and Cooper, others among the seven professors may have suffered professionally as a result of signing the Listener letter — including evolutionary ecologist Kendall Clements.

As John Ross, Asia-Pacific editor for Times Higher Education, wrote: “Co-authoring the letter in the Listener may have taken a professional toll [on Clements]. Within 12 days of the letter’s publication, Clements was removed from two collaboratively taught ecology and evolution courses that he had helped deliver for years.

“And while an email criticising the authors was distributed to staff and graduate students in the School of Biological Sciences, [Garth] Cooper’s attempt to respond through the same channel was blocked.

“The university says the school email distribution list was ‘not the appropriate medium’ for this type of debate, so its moderators were told not to allow further emails on the topic. And Clements’ teaching duties were changed to balance his workload after another academic’s departure, ‘and to ensure that the best teaching teams were in place to deliver all courses. The Listener letter was a catalyst for actioning this, but not for the decision.’”

If such luminaries haven’t been protected by their status within the academic community, why would anyone who is looking to further their own careers in academia decide to stand up publicly to defend science? Why would any researcher with even vague hopes of securing grants from the public purse in the future put their head in that particular noose?

In contrast, more than 2000 (mostly New Zealand) academics felt free to sign the open letter co-authored by Drs Hendy and Wiles heavily criticising the professors’ letter — presumably without any need for concern about the consequences for their careers.

Some commentators have suggested that in the current climate not signing the open letter could have been more dangerous professionally for many academics than signing, given the pressure to be seen to take a stand against anything that can be alleged to be “racist”, no matter how far-fetched and divorced from reality that accusation might be.

Racism has been only one of the slurs directed at the professors. Others have included the extraordinary description of them on Twitter by a professor at Victoria University as “shuffling zombies”.

In short, in such a febrile atmosphere, Dawn Freshwater’s grand vision of a truth and reconciliation symposium featuring a “respectful, open-minded, fact-based exchange of views on the relationship between mātauranga Māori and science” seems extremely optimistic.

If the Vice-Chancellor really wants to set the symposium on a firm footing, and convince sceptics it is more than a PR ploy, she could start by apologising publicly to the Auckland University professors for not supporting — much more clearly and forthrightly — their right to voice their views in the first place.