Those of us on the council at the Free Speech Union spend a lot of time disagreeing. We don’t all vote for the same parties nor believe in the same gods (or any at all). We don’t agree with everyone whose speech we have defended and we robustly debate the merits of the cases we get involved with.

So it was unsurprising that this week we found ourselves disagreeing on what our role is in regards to the media in New Zealand. Some of my fellow council members frame our role more tightly around the law. That is, our focus should be on that which the state controls, for example hate speech laws and the criminalisation of expression.

My perspective is that our role must take a wider scope to be effective in promoting a tolerant and open New Zealand in which speech is free. The elite institutions which exist in the political eco-system, but aren’t directly run by the state, should receive the same scrutiny for how they create the conditions of suppression. This includes academia and the media.

Last week Stuff ran a story about a school counsellor from Bethleham College who they claimed was “accused of transphobia”. The article no longer appears to be online. The central focus of the article were comments the counsellor had posted on her personal Facebook account, raising concerns about children being given puberty blockers.

Now, I considered the counsellor’s comments to be reasonable, compassionate, and measured, but even if I hadn’t the conduct of Stuff and the journalist who wrote the piece warrants some reflection. When is it appropriate for media to ‘name and shame’ private citizens for what they write on their personal Facebook pages?

In the first instance, the privacy of the individual must be weighed against the question of whether such an article is in the public’s interest. Given that the counsellor, in this case, is currently on maternity leave it seems to me that the contents of her social media accounts are even less newsworthy than they would have already been otherwise.

The completely uneven power and influence dynamic between Stuff and the young woman named in the article present an example of how private organisations and companies attempt to control public narratives and suppress speech they don’t like.

In my view, the article wasn’t written to inform, it was written to punish. The journalist was operating as an activist with a particular world view and her message was clear ‘if you express this view, you could be named and shamed with your face published in Stuff’. This is what we call the chilling effect, where explicit suppression laws are not required because those with significant social power or influence make examples of dissenters, frightening everyone else into silence.

But am I impinging on the free speech of Stuff and this particular journalist by calling out what I consider to be unethical journalism? No. 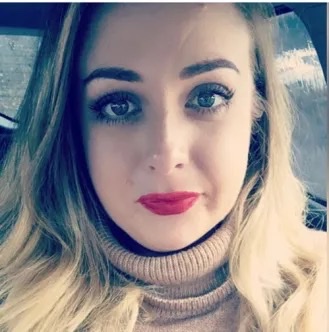 We can all criticise whatever speech we like and to say we think something is bad or even immoral is not to say ‘chuck them in prison’. If the journalist had commented in her own personal capacity on the school counsellor’s post they would have been engaged in a pretty even exchange of ideas.

By wielding the power of one of the largest media conglomerates in the country, personal criticism became weaponised in a way that victimised a private citizen and warned others who share her view to stay quiet. Additionally, the state funding that Stuff has received creates an extra dynamic where they can be seen as an extension of the state.

For New Zealanders to be truly free to speak and contest ideas, a lot more needs to happen than just preventing speech suppression laws. The most powerful among us must know that we do not tolerate bullying tactics like those used in the article about the school counsellor. We must promote a culture of free speech and tolerance that flourishes in our communities, corporations, schools, and homes.

The Free Speech Union, in my view, should be just as willing to call out the corporate bullies as we do state overreach. We should be driving social change towards a culture of tolerance of difference. We continue to debate this as a union and whatever position we come to will be more robust and considered because we were willing to hear different perspectives.