NZME refused to run advertisements placed by Speak up For Women because they were "potentially inflammatory, would compromise NZME's reputation and draw it into a debate in which it does not take a view". 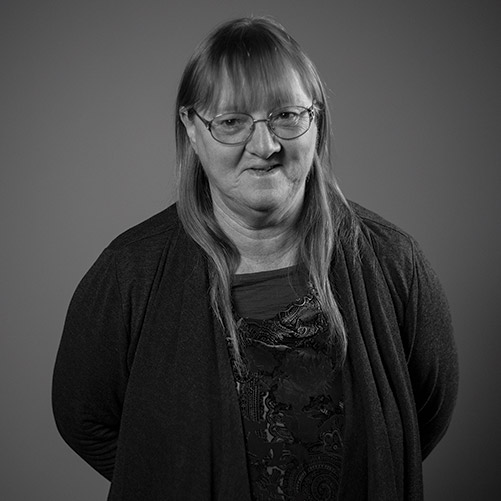 Free Speech Union (FSU) has managed to put advertising and editorial independence on the agenda.

There's no resolution to vote on, just an item for discussion, but one aspect that will likely exacerbate sensitivities is that the free speech issue that gave rise to the agenda item involves transgender politics.

Last year, when the Births, Deaths, Marriages and Relationships Act was going through the process of becoming law, a group called Speak Up for Women (SUFW) wanted to run an advertisement in publications owned by NZME which consisted of the Oxford University definition of the word woman.

For the record, that definition is: adult human female.

One of the changes to the Act was to make it easier for people to change the sex on their birth certificates without having to go through the Family Court or show evidence of medical treatment to change their sex.

NZME refused to run the ad, even though the Advertising Standards Authority had rejected complaints about the ad, which had already appeared on a billboard.

"In the context of advocacy advertising, the advertisement was socially responsible and did not reach the threshold to cause harm, or serious or widespread offence, did not cause fear or distress without justification, and was not misleading," ASA said.

It had received 34 complaints about the billboard which accused it of being transphobic hate speech which could cause undue harm or offence to the transgender community.

Essentially, the complainants said the ad was "a dog whistle" intended to inspire transphobia.

SUFW had faced a concerted campaign to deny its members the right to speak, which included local councils including Christchurch, Auckland and Palmerston North cancelling meetings arranged at their venues.

SUFW won a high court case allowing it to hold a meeting at the Palmerston North Library and Justice Gerard Nation said SUFW "cannot rationally be described as a hate group".

SUFW was concerned that the legislation could remove the right of women and girls to single-sex spaces, such as changing rooms, hostels and prisons.

It has also campaigned against the inclusion of transgender women in women's sport.

SUFW provided me with a copy of a letter NZME sent it.

"As you know, we had previously requested that your advertisements have the definition of 'woman' removed, as we considered that these were potentially inflammatory, would compromise NZME's reputation and draw it into a debate in which it does not take a view from a commercial perspective," NZME's letter said.

After saying it wouldn't run any further SUFW ads, spelling out a clause in its advertising terms and conditions giving it the right to make such decisions, it ended: " We do not intend to enter into correspondence regarding this decision."

FSU spokesman Jonathan Ayling said he estimated shareholders accounting for about 10% of NZME shareholders had signed onto a letter to NZME's board drafted by his organisation decrying NZME's decision not to run the ad.

Ayling said he had no difficulty getting the discussion item on the meeting's agenda and that NZME hadn't asked for proof that his organisation represented a sufficient number of shareholders to force the issue.

"It's quite demonstrably clear that we have more than 5%. They didn't suggest we needed to provide proof of that, but I think it's quite obvious to the board," Ayling said.

An NZME spokesperson disputed the 10% figure and said about 15% of NZME's shareholders live in New Zealand.
"We think it's more like 2% or even less. I don't know where they're getting that information from."

Having the backing of 10% of NZME's register may not look like much, but it looks like the FSU is representing nearly half the retail shareholders.

Nominee companies, several from Australia, dominate NZME's register, accounting for 68.8% of its ownership while custodian companies of Forsyth Barr and Jarden own 8.3% and ACC owns another 4.24%, accounting for 77.3% in total.

The FSU letter said that shareholders have an interest in commercial considerations being at the forefront when decisions are made on advertising content.

"Yet we are of the opinion that NZME's commercial interests are best served when the company is seen to uphold a commitment to free speech and encourages robust debate on the pressing issue of the day," FSU said.

"It is simply not consistent with the role of the fourth estate to be pulling the teeth out of a controversy and avoiding offence (which is ultimately not possible)."

The letter went on to say that by refusing to run an ad, vetted by the ASA as legal and acceptable, NZME was "impeding free speech and acting as censor, rather than allowing a free and open marketplace of ideas without discrimination".

To which I can only say, amen. I'm appalled at NZME trying to suppress SUFW's views.

But my view of its letter to SUFW is that NZME's position is simply untenable and amounts to censorship. Censorship and my understanding of journalism will always be in diametric opposition.

I do have some sympathy with the transgender accusation that the definition of the word women could be used as a dog whistle.

Nobody listening to the confirmation hearings last week for Ketanji Brown Jackson who has been nominated to join the US Supreme Court could have mistaken the blatant dog whistle senator Marsha Blackburn blew.

Blackburn, a Republican, asked Jackson to define the word woman among a barrage of questions hitting just about all the current culture war issues, including transgender swimmer Lia Thomas being allowed to compete – and win – against other women at a college sports event.

Blackburn's bad faith was undeniable, but the answer is not to try to suppress the issues she raised.

Despite SUFW having won so many battles against being labelled transphobic, it's obvious the label has stuck – even one of my own colleagues told me he thought some of its members probably are transphobic.

If that's true, then he'd have to label me transphobic too, but nothing could be further from the truth.

If a person wishes to present themselves as the opposite sex to the one they were born with, I don't think that's any of my business, other than to accept them for who they are.

Bathroom issues are simply ridiculous; it would be both cruel and dangerous to force a transgender woman to use a male toilet.

Nor should transgender people be subjected to harassment and embarrassment in the name of security at airport checkpoints.

While women have advantages men don't share, bar the inevitable outlier, they simply aren’t as strong as men.

If we keep going down the path of allowing women who grew up as men to compete in women's sports, that will simply spell the end of women's sports.

I won't be erased

I was among the group of women who established the first feminist refuge in Auckland for battered women which gave rise to today's Women's Refuge network.

If a battered transgender woman had turned up on our doorstop, would we have turned her away? I don't think so, but there could well have been issues to deal with concerning other women we were sheltering at the time and their feelings of safety.

Avoiding dealing with such issues because they make us feel uncomfortable won't make them go away.

That reminds me of being told when I was much younger that the word "man" included women when it patently does not.

The fact is, women have been erased from history for about as long as people have existed in many different cultures all over the world.

I am an adult human female and I won't allow the transgender lobby erase me in the name of inclusion.