Censorship is the Snake in the Garden 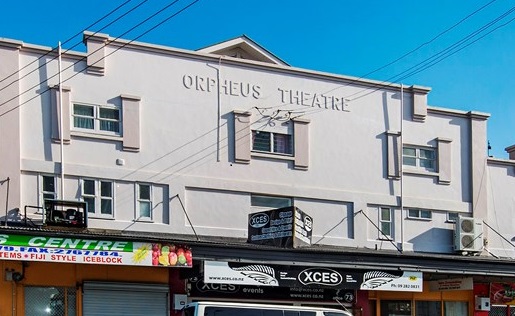 It seems incredible now but there was a time when nearly every New Zealand suburb had a beautiful movie theatre. They could be rather baroque affairs too, with mezzanine levels and carpet on the walls. My locals were “The Starlight” in Hunters Corner, Papatoetoe, where I saw “Jaws”, “Raiders of the Lost Ark” (in possibly the greatest double-feature ever), “Rocky’s 2, 3 & 4” and “Return of The Jedi”. The first “Rocky” I saw at the “Orpheus” on Station Rd, Otahuhu, on a rare day out with my father.

On the second level, entering the mezz, there was wall to wall posters of past films that had screened at the cinema. An “A Clockwork Orange” poster, with the iconic design of chief Droog Alex stepping through the “A” leading with a blade, struck me as instantly iconic, but what really intrigued me was the “R20” label at the bottom of it. As soon as I had identified the film as a forbidden fruit, my young mind seized on it.

I developed an obsession, the first of many I would have, with censored material. I read every scrap of information on both the film and Kubrick I could find, staring at publicity stills in books for library hours, hoping they’d suddenly come to life and reveal the film’s delights.

I finally saw the film and it didn’t disappoint. It also didn’t seem to impact me negatively. At least, not in the way “The Texas Chainsaw Massacre” did. I could smell the death in that film emanating off the Beta-tape. The character of “Leatherface” was so grotesque and troubling that he and his saw visited me every night for close on a year. The film traumatized me to the point that I thought I may even be having a nervous breakdown. And then I did it to myself all over again with the “Friday the 13th“ series.

The odd thing about horror films is that they are an adult product that targets children. This is where their impact is maximized, in the minds of people who could buy the possibility of a Freddy Kruger. As for the harm they can inflict upon young eyes, what if I wanted to be harmed? What if that was the point? What if I wanted to be pushed to my limit by the confronting imagery? What if I wanted to stare into the abyss? From memory, something like 6 or 8 murders happened in my small community (Otahuhu) growing up, including the murder-suicide of a solo mother and her two beautiful children I went to school with. Horror was real, and all around us in economically-deprived South Auckland. We couldn’t avoid it, so why not stare it down? A horror film, in this context, seemed the safest environment to train ourselves for the inevitable. A censor’s label, therefore, remains for me a bit of a head-scratch, as it was often the sole reason my friends and I would select, rather than avoid, a magazine or film.

There’s no doubt an evolutionary and developmental component to getting around censorship. To assert one’s independence can mean assuming the identity you know your parents, or wider society, will disapprove of the most. Shep Gordon, the long-time manager of “Alice Cooper” spent years seeking out the gimmick that would make parents hate his client. Being hated by the old was to be loved by the young, and, in this context, to be censored was a coup. On a state level, what power deems intolerable is instantly made more attractive to certain quarters of society, simply by the decree.

Censorship is an enticement, always has been, and always will be. We imbue art and politics with a magnetism they often don’t deserve when we ban them, making their pursuit irresistible, a rite of passage even, for the young.

Knowing this, would the stain on humanity responsible for the atrocity in Christchurch be disappointed to know his manifesto is now banned in NZ?

Or would he consider the NZ government in his employ?